Windows 8 from a productivity view point

I've been using Windows 8 as my primary operating system for around 3 months. With any software that I have to spend a decent amount of time with, I try to learn tricks to help me as much as I can. I am a huge proponent of avoiding the mouse as much as possible during development and trying to use hot-keys instead. So I Ctrl-Q pretty much every where on Windows 8 that I can. To be honest, if it wasn't for these hot-keys.. I would have uninstalled this OS before the first week was finished.

Now, I like touch devices. At home my wife and I use a Nexus 7 as our house hold tablet, and we both have smart phones (Windows Phone and Android). As much as I like touch devices, if you ask two people, one on a laptop and one on a tablet or smart phone to research a topic from various source on the web, I'll be betting on laptop any day. If you ask the same people to create something (write an article, cut code, draw a picture), I'll still be betting on the laptop (remember USB host can give you a lot of choices for input). Here is (in my opinion) the main reason why. Touch has a lower input bandwidth than a physical keyboard.** **This is a combination of shorter movements required on a keyboard to what we want to interact with on the screen via touch, tactile feedback and how much room it takes up.

Then you have the Metro design and how most the apps are built that follow this. Ever tried to use any of the built in Metro apps, eg the 'Store' app, with a slow internet connection? I understand that these apps rely heavily on data, but they perform so badly without a fast connection, that no amount of MS kool-aid can justify. And then you see all this unnecessary space taken up by flat coloured tiles and giving the user very little to no indication of how tile with react to a click. Also due to the blending of Metro and Desktop, it creates a lot of screen noise when running multiple Metro and Desktop apps and switching between them. The design itself of Metro apps in my opinion is not conducive to increasing productivity on the device of your choice (any device). Speaking on the design,Kyro Beshay has a nice piece (opens new window) on why wasting all the screen space on flat colours and tiles is making users feel "absolutely lost" and avoiding human traits that we have to help us navigate the world around us.

Let me assure you again, I don't dislike touch devices, I love them. However, if I'm trying to do something with a lot of fine details, I rather be using a system that focuses around a more precise form of input. Touch devices are great for consuming information or even participating socially in an event or with each other, but they are not good at providing a productive environment for **creating **complicated or even relatively simple things. Ryan Henson Creighton TEDX talk has a great snippet (opens new window) regarding this and creative learning in the classroom. Making these devices simpler for consuming is great, but at the cost of creative productivity is bad thing.
**
** Saying that, I agree with this article on The Verge that a "touch screen doesn't replace a keyboard and mouse but compliments it", however I would like to make an important change. It **can **compliment it. Windows 8 in my opinion doesn't show that a touch can compliment it, it shows that it should dominate it.
**
** On the flip side, I found Windows 8 very pleasant on the Surface.. Until I went onto the 'Desktop'. Then I found that the well thought out gestures and intuitive design falls apart. As laptop/desktop user, I found the 'Desktop' to have the nice familiar look and feel for the most part. Then I try to close something, or move my mouse between multiple displays and it becomes quickly apparent that mouse is a 3rd class citizen and keyboard hot-keys feels like a conduit for emulating gestures by looking at all the animation going on. Any developers looked at their start screen lately? scroll to the right and you'll find something like this. 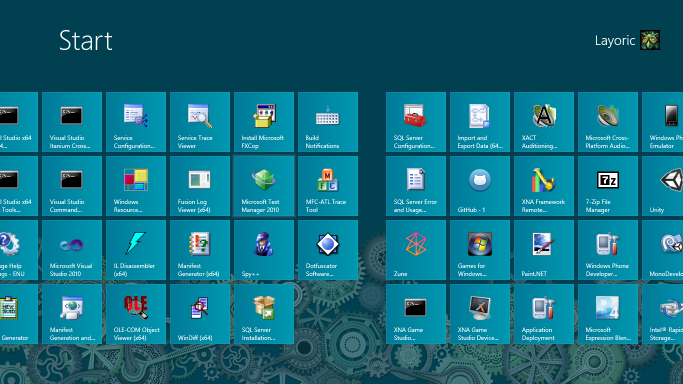 Awesome.. So folders are not Metro it seems, well what about categorizing them? 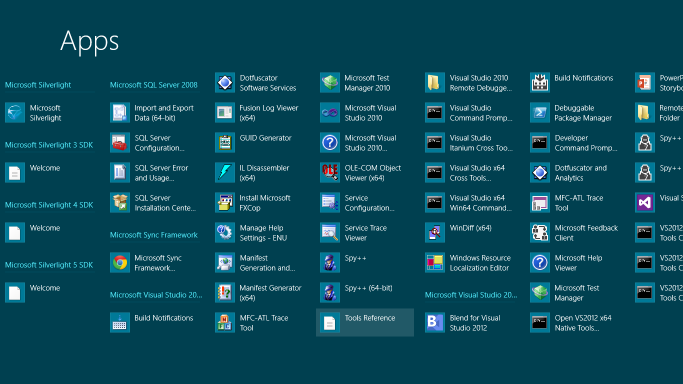 Thanks.. this completely loses the advantage of tree of categories that many people use. Now it's just a scrolling list. Here are a few other things I've found myself cursing about Windows 8 (specifically) on a touch-less device.

Granted, these mostly involved a mouse, but there are still a lot of things I can do with a much higher amount of accuracy with a mouse then I will ever be able to do with my finger.

To close, I know Microsoft is trying to merge there two experiences into one, but from some one who uses their products very heavily as a creator and also as a consumer, I have some advice. Please don't.